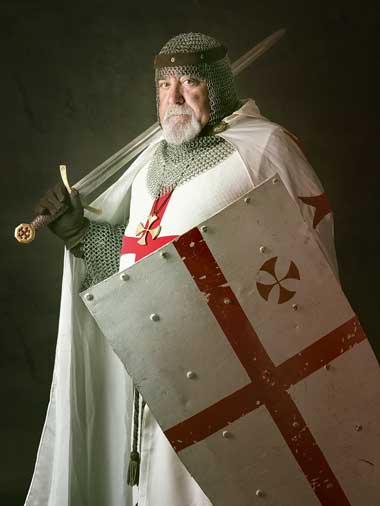 What is York Rite Masonry?

The York Rite is one of the appendant bodies of Freemasonry. York Rite Masonry, which takes its name from the old English city of York, dates back 1744 in the U.K., has been described as the oldest and purest of the Rites. Like other forms of Masonry, the York Rite is not a religion. Nevertheless, it does develop Biblical themes in addition to themes based on the Medieval Crusades. In the York Rite, A Master Mason may become a member of three bodies — actually a group of separate Rites joined in order. These include: a Chapter of Royal Arch Masons; a Council of Royal and Select Masters; a Commandery of Knights Templar.

By joining the York Rite, a Master Mason may proceed to supplement and expand upon the degrees of the Blue Lodge. The symbolism of the Royal Arch picks up where the Symbolic Lodge leaves off. The symbolism of the Blue Lodge degrees emphasizes the building of King Solomon’s Temple. Royal Arch Masonry (known as Capitular Masonry) continues in this vein by emphasizing symbols and allegories of the Second Temple, the Ark of the Covenant, further symbolism of Solomon’s temple completed, and the Lost Word (also called the Master’s Word) — which is given to the Royal Arch Mason.

In England, the Royal Arch Mason degree is automatically included in the Master Mason’s Degree. In 1813, the Mother Grand Lodge of England stated it in no uncertain terms: “Ancient Craft Masonry consists of three degrees and no more, namely, those of the Entered Apprentice, Fellow Craft and Master Mason including the Holy Royal Arch.” It is a natural progression of the Freemasonry’s primary theme.